At LinkedIn’s new flagship office, desks are no longer the primary focus. With dozens of different work settings and conference room setups, the company uses its office as a hub for its hybrid workforce. WSJ gets an exclusive look inside.

“This feels like a spot for a really quick call, or just answering a couple of emails.” Adam Falk, WSJ Video Journalist. “Work or NBA Jam?”

“Yes, this is my space, and that is your space,” Lisa Britz, Head of Workplace Design, LinkedIn.

Many of these seats were meant to be desks.

“So, I think during our initial plans, we had just standard desks within this space, with traditional conference rooms and huddle rooms.”

But the pandemic changed that.

“How much of what we’re seeing in this space is new as a result of the pandemic?”

This recently open space is designed for hybrid work, a model that has emerged as the leading choice for LinkedIn and others, with 42% of people with remote capable jobs working partly at home, according to a February Gallup poll.

0:50
I toured Building One with the project’s leaders to find out and to get a glimpse into what could be the future of workplace design.

Building One is the new hub of LinkedIn’s campus in Silicon Valley.  It has six floors, roughly 239,000 square feet, and room for about 1,500 employees.

“Before the pandemic, when we looked at this building, the main goal was to fit as many people as we could in this space.”

The original floor plans called for 1,080 individual workstations. The thinking was “one employee, one desk.”

“Once we were sent home during the pandemic, alot of that changed.  And much of what we were trying to solve for before the pandemic was not the same thing that we were looking at, at that moment.”

So, with the help of its design partners at NBBJ, LinkedIn retooled the space, cutting the number of desks in half to 569 workstations and adding dozens of new, nontraditional seating setups.

“What did you and LinkedIn learn from the pandemic that would result in the space were in right now?”

“I think we really wanted to do a lot of experimentation, ” Robert Norwood, Interior Design Principal, NBBJ, “because we just didn’t know. No one had a crystal ball about what the future would actually be. So we wanted to provide as many variety if spaces as possible.”

2:05
The variety starts right when employees walk in. The design does away with a large lobby in favor of a cafe.

“This is one of my favorite spaces of the buildings. The idea of the space is that the minute you walk in, you feel the buzz, there’s people getting coffee, there’s people moving throughout the space.”

The cafe spills into the first of two areas LinkedIn calls its co-working spaces. Think open, non-reserved seating. The co-working area on the second floor was added in the redesign.

“So we got primary work points here.”

Desks with monitors and tall backed booths with Ottomans dot the space that, looking back at the original design, was once full of assigned workstations.

“So a space like this is great for those smaller time periods where you might come in and work with your team and then go home and do some focus time. Or vice versa.”

“Yeah, LinkedIn’s approach is that we are leading with trust. The idea is that we trust our employees to make the decision that’s going to be best for them and their team.”

3:15
Co-working is open to anyone in the company for any amount of time. Employees assigned to the building who plan to work there all day will likely move upstairs.

“The concept behind how the floors are planned is the entry to the building is the most social. And the farther you get into the building, it becomes more focused.”

Workers sit in so-called neighborhoods or areas assigned to their teams.

“We call this the living room.”

Neighborhoods are split, with about half alternative workspaces and half traditional desks. Those desks are mostly here in the back.

“Was this what the whole floor was meant to look like before the pandemic?”

“It is what the whole floor looked like before the pandemic.”

“What led the decision to get rid of desk space?”

“Because we imagined that not everyone was going to come to work eight hours a day.”

So rather than fill the space with potentially empty desks, of which I saw plenty, new furniture was added based on the postures matrix.

“The postures matrix is about the amount of time that we imagine a person would be working doing a certain activity, combine with the amount of ergonomics to support that.”

“So how long am I meant to spend in this chair here?”

“So as a high table, we imagine you would spend less time as compared to a low, standard table. So this would be used maybe 30 to 60 minutes.”

What does Desk Utilization Look Like in a Hybrid World?

4:30
LinkedIn employees in Building One don’t have assigned desks. Instead, they can grab a seat anywhere in their neighborhood. But it’s not quite hot-desking either, as seats don’t need to be reserved.

“Do you know what that is yet?”

But in a hybrid office, the individual setup is arguably easier to design for it.  It’s the conference room that’s tricky. Here, LinkedIn is, again, experimenting. From conference rooms looking like living rooms,

“What we wanted to do was to take away the formality of meetings from offsite to onsite, and put people in a neutral position where if you are at home as a part of the conversation, you’re feeling very comfortable interacting with your colleagues.”

To conference rooms packed with tech, including cameras positioned at table height that reframe to better show the speaker.

“so that makes it a little bit more like you’re sitting at the table.”

And cameras that help make the physical digital.

“When folks are actually writing on this white board, typically what you would be doing is writing like this and a camera would be behind you shadowing you, keeping other people from seeing what it is that you’re actually doing.”

“Right, they wouldn’t be able to see what’s actually going on.”

“This technology ghosts you out, so that people that are remote can see what you’re writing.”

“I’m standing in front of it now.”

“See what  it is capturing?”

“Yeah, I see what you mean.” (The writing just appears.)

Is this the Future of Work?

6:10
“So you have this new space with all of these new bits of technology and different types of seating. Is it meant to encourage people to come back into the office?”

“I think it’s meant to welcome people, if that’s where they need to be. But if that person is going to do their best work and have their best contributions to their team while being remote, that’s okay.”

That flexibility may not be possible for some companies. And others, like Tesla, simply aren’t interested. But LinkedIn sees Building One as a kind of test. One that others could learn from.

“To what extent is what we are seeing here in LinkedIn’s office the future of work?”

“What we have is an awesome opportunity to experiment and to see what happens over time.  And this is an entirely flexible space. It might turn out that, what we need are more desks in the future and that this can be turned into that. Or it might turn into a completely different model. But the experimentation and the observation is really the key to seeing what the future is.”

Let Us Help You Envision Your
Office Of The Future

Get started with a Workplace Specialist 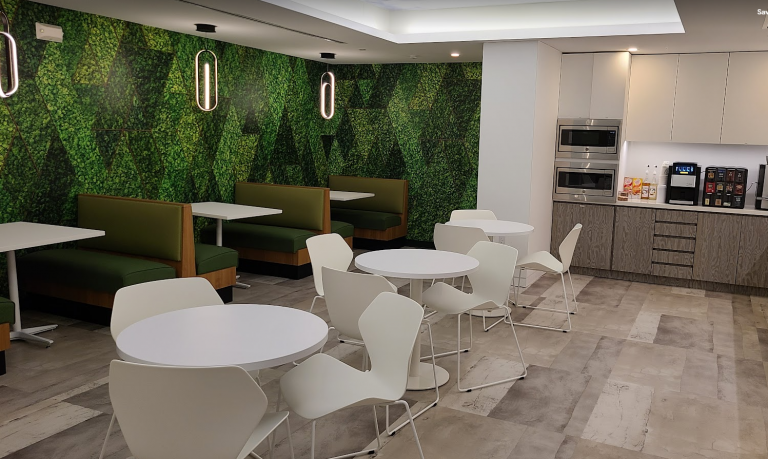 Want a quick way to refresh & energize your space?

What is a quick way to refresh & energize your space? Weekly Workplace Insight – November 15, 2022By Ben Markham As employees return to the office, it’s

At LinkedIn’s new flagship office, desks are no longer the primary focus. With dozens of different work settings and conference room setups, the company uses 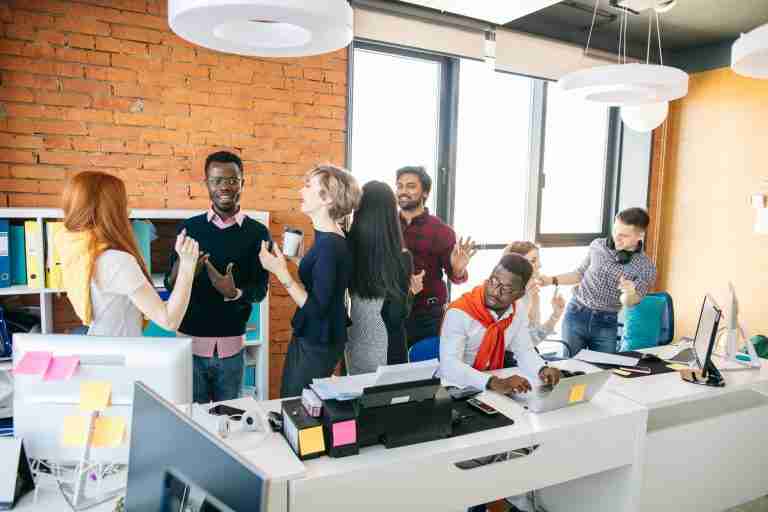 Why is the office so loud?

Why is the office so loud? Weekly Workplace Insight – October 25, 2022 By Ben Markham Yes, offices have acoustic challenges, and from what our clients are 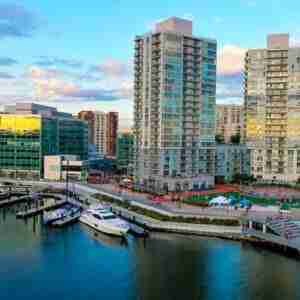 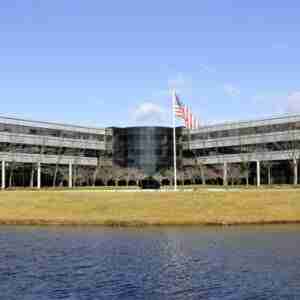 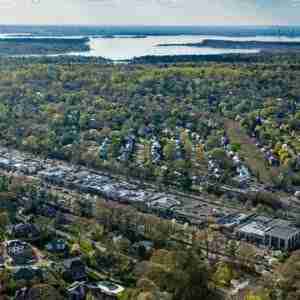 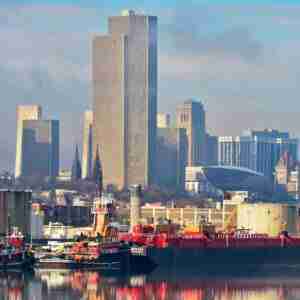 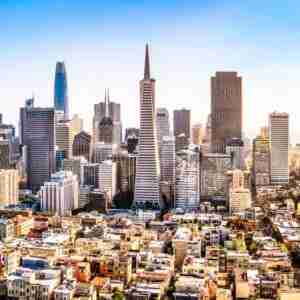 Get Your Complimentary Book

“The Workplace You Need Now:
Shaping Spaces for the Future of Work” 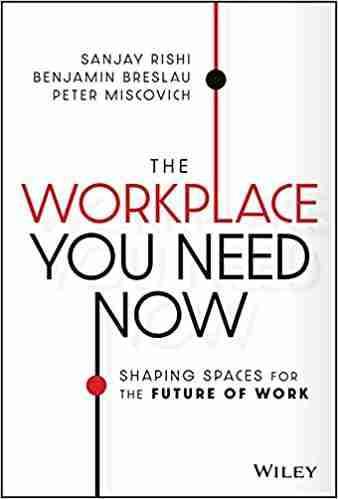 If you are a business owner or CEO thinking about the future of work and the workplaces needed for your people and business to thrive, we will send this invaluable book to you at no charge.

Get the Full Office of the Future presentation

Want to know what will attract employees and make them feel comfortable returning to the office?

Check out our Office of the Future presentation with ideas and concepts that will help get your office back to work over 75% capacity.